Choosing a firearm is an important decision, but the accessories you use with your gun can make a big difference. Optics, such as rifle scopes, can help you shoot more accurately. There are many options to choose from and it can be overwhelming to consider all the choices. This is especially true if you are a first-time gun owner. At The Hub, it is our goal to help you find the best firearms and accessories. Whether you have something specific in mind or need some guidance, our experts are happy to assist you.

Here are some options for rifle scopes:

Magnification is the degree to which a scope makes targets appear larger. The notation for this is fairly straightforward: a 3X scope makes what you are looking at three times larger, a 9X variety will make it nine times larger, et cetera.

The amount of magnification you need depends on how you plan to use your rifle. You need to make sure that you can see your intended target clearly. Too little magnification can make it difficult to determine where you are shooting and too much can prevent you from seeing everything around the target. Between 1X and 4X works well for target shooting up to 100 yards, small game, or home defense. 5X to 8X are suited for large game hunting, target shooting up to 200 yards, or hunting in an enclosed landscape such as the mountains or forest. Finally, scopes between 9X and 12X are best for target shooting beyond 200 yards or hunting in an open landscape like the desert or a field.

Some rifle scopes are fixed, meaning they only have one possible magnification setting. Others are variable magnification and you can set a different level depending on your needs. You will see this written as a range, e.g. 3-6X for a scope that can be 3X, 4X, 5X, or 6X.

The benefit of a fixed scope is that you can aim and shoot more quickly. These also tend to be less expensive. However, you can only shoot from one specific range, so it may not be the best choice if you know you will need to change magnification. In general, you should choose a variable scope if you know you will be hunting from a variety of distances. A fixed scope is usually suitable for home defense.

The objective lens is the portion at the end of the scope. Its diameter is listed in millimeters (mm). The bigger the diameter, the clearer and brighter the image will be. However, a bigger objective lens also makes the scope heavier and can reflect sunlight and give away your position if you are hunting.

The reticle is the crosshairs you see when looking through a scope. There are three common types and each one has different benefits. We recommend trying them out and choosing the one that works best for you. The most important thing is that shooting and aiming should feel natural. 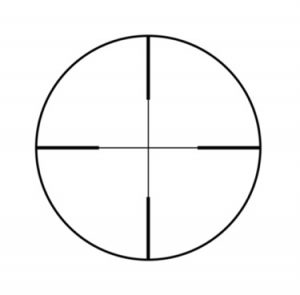 This is the default variety for reticles and is the best choice if you are new to scopes. It works well for hunting and target shooting. 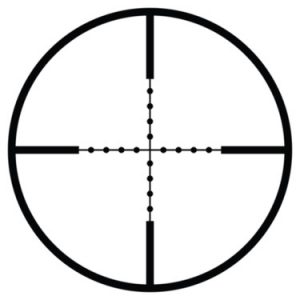 This type of crosshairs estimates a target’s distance. It is mainly used by the military, law enforcement, and security. However, it may be helpful for hunting purposes if you are shooting from a long distance. 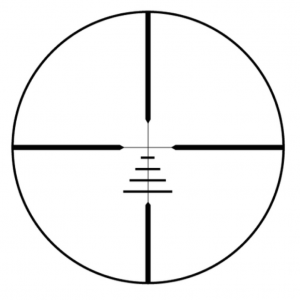 A ballistic drop compensating (BDC) reticle uses lines or dots to mark the expected drop of a bullet at different ranges. This is an especially good choice for long-distance shooters, although once you learn how to use it, it can be beneficial for all purposes.

These are just a few of the different choices you can make when choosing a scope and there are also additional features like night vision, strobe lights, and more. We carry a wide variety of options and can help you find the right scope for you.

For help choosing a scope, visit either of our Arizona gun stores or contact us for more information.

The National Firearms Act (NFA) was enacted in 1934. This was the first piece of federal gun control legislation in the United States. During this time the nation was in the middle of the Great Depression. Newspapers figured out that readers were weary of stories about the economy and wanted a distraction. There was a rise in stories about gangsters, bank robbers, and bootleggers. This popularized individuals like Bonnie and Clyde and John Dillinger.

Journalists shared these stories and the rise of images, both still and moving, gave the public with the diversion they were looking for. However, the economic hardships and incidents like the St. Valentine’s Day Massacre, strings of bank robberies, and police shootouts also fueled public outrage against uncontrolled gun ownership. This prompted the federal government to change gun laws.

What is the NFA?

To satisfy public outcry towards violent offenses and to reassure the general public, Congress passed the NFA. This legislation put a $200 excise tax on certain types of firearms and firearm accessories. It also required registration and other paperwork. In 1934, this excise tax was outrageous, and very few average citizens could afford it. While the act did not outright ban gun ownership, it did apply stringent rules to owning certain classes of weapons as well as regulating and taxing manufacturers and importers. These classes are machine guns, short-barreled rifles, short-barreled shotguns, silencers/suppressors, destructive devices, and a broad category for “any other weapon.”

The Bureau of Alcohol, Tobacco, and Firearms (ATF) defines machine guns as firearms that fire more than one round per pull of the trigger. This definition includes burst fire weapons and any device that can convert a semi-automatic gun to fully-automatic. Some semi-automatic open-bolt weapons are also regulated under this rule if they were produced after 1982.

This part of the legislation regulates rifles that have barrels shorter than 16 inches. A rifle must fire a projectile through a rifled barrel and also use a stock. This legislation does not mention any other configuration besides barrel length and a stock, so it is possible to own rifle caliber pistols.

Instead of having a rifled barrel, shotguns have a smooth bore, a stock, and fire shot. In the United States, shotguns must have a barrel at least 18 inches in length. Anything less is a short-barreled shotgun. Some shotguns are also destructive devices. Examples include the Street Sweeper and SPAS-12.

Silencers, also called suppressors, are treated as NFA-controlled firearms even though they are not actual guns. This definition includes any device that reduces the explosive noise of a gun and can be readily attached to it.

Destructive devices (DDs) are a broad category that includes any weapon with a bore over .50 inches, unless it has a generally recognized sporting purpose. DDs also include explosives, mortars, missiles, poison gases, grenade launchers, and other destructive elements. If a shotgun has no sporting purpose, then it can be a DD.

Any other weapon is another large category of all sorts of interesting weaponry. This includes 12-gauge firearms with a length of less than 26 inches, cane guns, some pen guns and disguised firearms, and guns with forward grips.

How does the NFA apply to you?

The NFA still impacts gun owners today. The $200 tax stamp and transfer taxes still apply as does the burdensome paperwork and regulations. This law was also modified in 1986 under the Hughes Amendment of the Firearm Owners Protection Act. This amendment made it so no more machine guns could be added to the registry. It is very important that before you purchase an NFA-controlled item, you know your state’s laws. Some states regulate or outright prohibit NFA items.

The NFA and The Hub

Let The Hub help you with what you need to know about the NFA. Our experienced staff specializes in NFA-controlled items. We carry a wide variety of guns, parts, and accessories that range from affordable guns for first-time owners to high-end, hard-to-find items for seasoned enthusiasts.

If you have further questions about the NFA or any other firearms, contact us today.