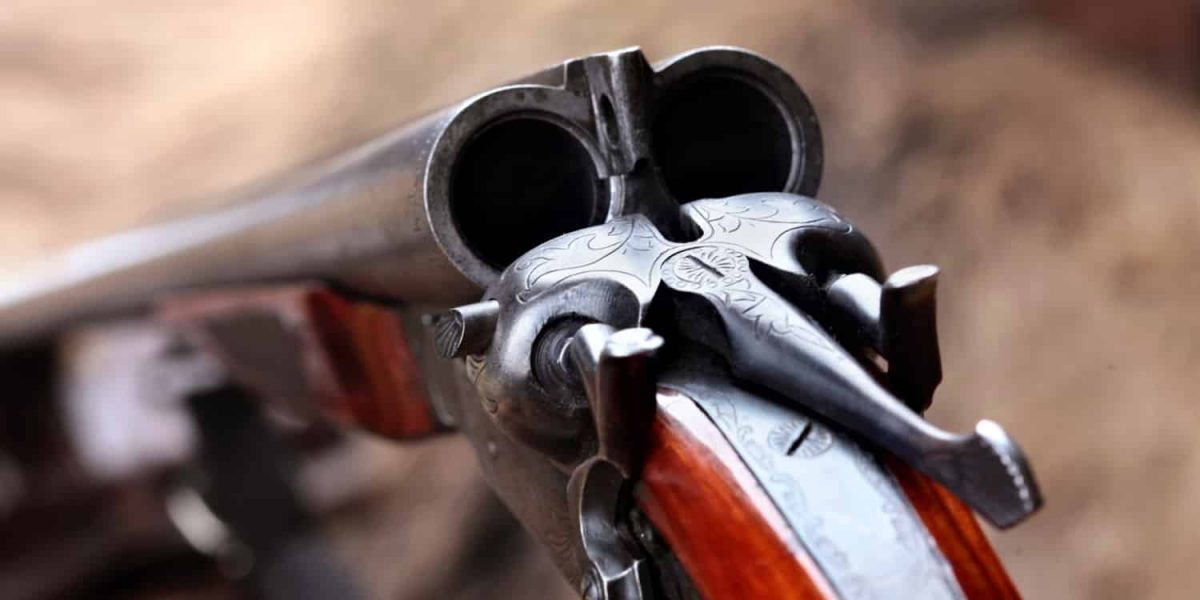 Shotguns are a popular choice when looking at firearms. While the first ancestor of today’s shotgun was developed over 450 years ago, the first recorded use of the term “shotgun” was in Kentucky in a James Fenimore Cooper publication called Frontier Language of the West. It was this 1776 publication that first recognized the advancement in technology which changed firearm action and barrel designs and separated shotguns from the rifled musket.

What is a Shotgun?

In basic terms, a shotgun is a firearm that is usually fired from the shoulder and that has one or more long barrels. They generally have a smooth bore which reduces friction, and they fire a shotgun shell that is filled with a single projectile or ball shot.

The bore of a shotgun is made for only one specific gauge of ammunition, but ammunition manufacturers offer many different load choices. Most of these loads fire multiple projectiles, like pellets, which increases your chance at hitting your target. When fired from the shotgun these pellets spread out in a cone.

What are the Different Shotgun Gauges?

There are many different common shotgun gauges. The most popular include, 10 gauge, 12 gauge, 16 gauge, 20 gauge, and 28 gauge. The smaller the gauge number the larger the bore is.

Besides gauges, the mechanism a shotgun uses to fire (the action) is another thing that sets different varieties apart. There are many types of shotgun actions. The action of a shotgun is the part of the gun that loads, fires, and ejects a cartridge.

A semi-automatic shotgun uses a spring-operated mechanism that automatically cycles through cartridges in one of two ways, either through a gas system like the AR-15 or through inertia using the recoil. Semi-auto shotguns typically can hold three to nine shells, but you can also get extenders to hold 12 or more. Semi-automatic shotguns are becoming popular for skeet and target shooting, as well as hunting.

The single-shot break-action shotgun has been overshadowed in popularity by the pump-action shotgun, but it remains a great choice for first-time shotgun users. It is simple in design, affordable, and easy to operate, yet is still powerful enough to use for hunting small game. The barrel is set on a hinge so that when a release is pressed, the stock drops downward. When it is “broken” down it opens the receiver to enable loading or unloading of the shells. In some models you have to cock the hammer manually to fire a round.

This shotgun holds one shell and uses a bolt to cycle the ammunition from the magazine to the chamber. These shotguns usually feature a rifled barrel and are known for their outstanding accuracy. They are used as slug guns, which shoot a solid projectile and are most popular in “shotgun only” hunting grounds, where high-powered rifles are prohibited.

A pump-action shotgun is easy to use and requires little skill to hit your mark because of its wide shot pattern. It works by having the user manually slide the fore-end, where you cock the gun, which uses a spring-operated mechanism to simultaneously eject a spent cartridge and load a fresh one. It is a good choice for home defense and most can hold three to eight shells, and even more with a magazine extender.

You cannot talk about shotguns without mentioning the iconic lever-action shotgun. The lever of this firearm is typically located on the underside, around the trigger. When pushed down, it opens the action of the gun to eject spent cases and load new ones. The famous Winchester 1873 lever-action rifle, popularly known as “the gun that won the West,” contributed greatly to this shotgun’s design and the first lever-action shotgun was released in 1887. Today’s lever-action shotguns are mostly used as hunting guns.

Shotgun Types at The Hub

At The Hub, you can find a wide selection of shotguns as well as other firearms and accessories.

Visit us in Lakeside, Tucson, or online to shop our collection of shotguns and shotgun accessories. 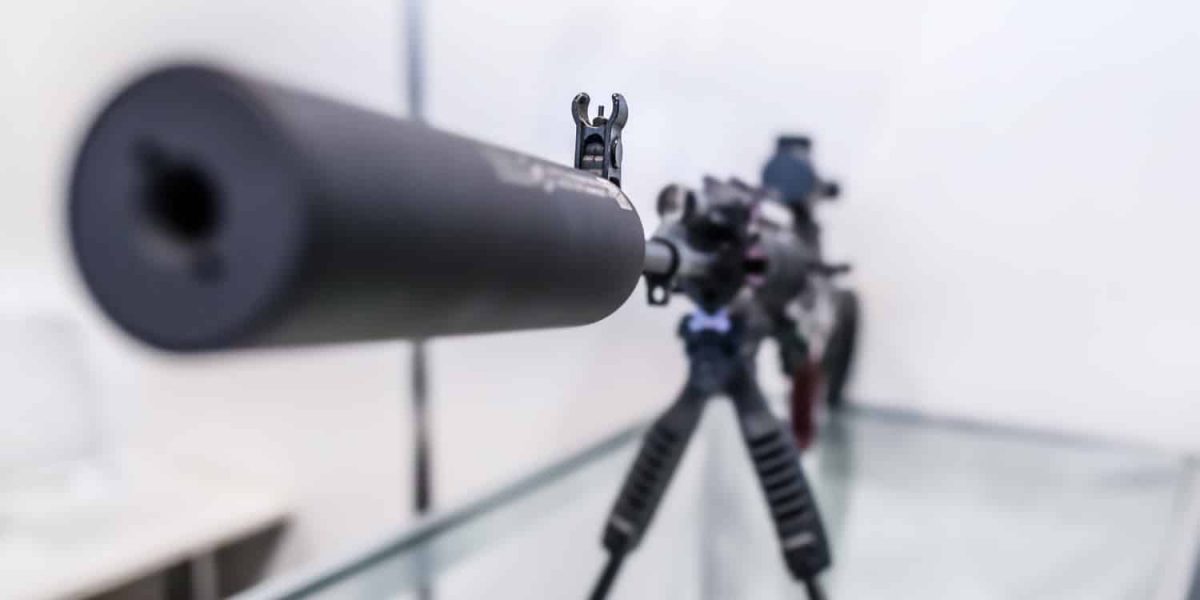 Suppressors are one of the most frequently misunderstood gun accessories. These devices muffle the sound associated with firing a gun by slowing the release of the gases that propel the bullet forward. Rings inside the tube act like a car muffler, slowing and cooling the gases which creates a softer sound when fired. Due to the depiction of suppressors in popular culture, there are many misconceptions about them.

Here some common myths about suppressors and the truth behind them:

Suppressors and Silencers are the Same Thing

MIXTURE OF TRUE AND FALSE

While some will argue that a silencer is for reducing sound, and a suppressor is for reducing muzzle flash, today the words are used interchangeably. Technically however, the legal term according to the Bureau of Alcohol, Tobacco, Firearms and Explosives (ATF) is silencer, and the word suppressor does not appear in any US firearm law. On the other hand, many gun experts avoid using the term “silencer” because it can be misleading, and causes many people to mistakenly believe the accessory will make a gun completely silent. For our article, we will use the term suppressor.

While exact noise levels of a suppressed firearm vary with caliber, type of firearm, ammunition, and other factors, suppressors do not make a firearm completely silent. A typical rifle shot is about 160 decibels and a suppressor usually reduces the sound of the retort by about 30 to 40 decibels. This means that even though a suppressor will prevent damage to your ears to a certain extent, it is still a good idea to use ear protection, especially for extended shooting sessions or when shooting indoors.

MIXTURE OF TRUE AND FALSE

One myth that hangs around is that suppressors are illegal. At a federal level, they are legal, but there are currently 8 states that restrict them. They are also some of the most highly regulated gun accessories in the US under the National Firearms Act (NFA). Because of this law, the gun owner must apply for a license from the ATF and obtain a $200 tax stamp in order to purchase a suppressor.

If You Own a Suppressor, the ATF Can Enter Your Home

If you purchase a suppressor, you have the same rights you had before you got it.The same laws would apply to search and seizure as guaranteed by the 4th Amendment. Both local and federal government officials would need probable cause to obtain a warrant to enter your home.

Suppressors Reduce the Velocity of the Bullet

A suppressor does not interact with the bullet at all. These accessories actually increase the muzzle length, which in turns gives the gasses more time to expand. This actually increases the bullet’s velocity slightly because of the increased pressure.

Suppressors Hurt the Accuracy of the Firearm

Again, a suppressor does not come into contact with the bullet. It only suppresses the gasses and therefore cannot interfere with the accuracy of the gun. New gun owners, however, may be more accurate when firing a weapon with a suppressor. This is because instead of worrying about the loud noise the gun will make, they can concentrate on recoil management and trigger control.

Buy Suppressors at The Hub

Our expert team is experienced in NFA-controlled items. We carry suppressors, firearms, gun parts, accessories, and more at our Tucson and Lakeside locations.