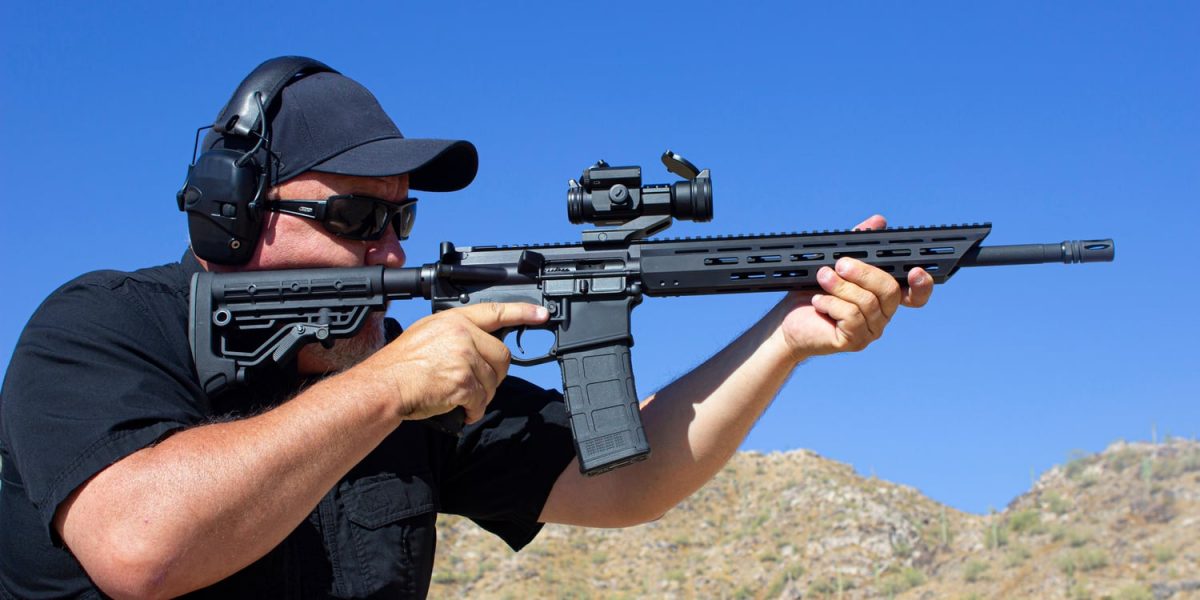 AR-15s are one of the most iconic firearms and are very popular in the United States. Guns with this design are easily customizable, so it’s easy to find or build one that matches your preferences. If you are a fan of AR-15-style rifles, you may be interested to learn a bit more about their history.

The “AR” in the name of the AR-15 stands for “Armalite rifle,” not “assault rifle” or “automatic rifle” as some people mistakenly believe. The Armalite company started in the 1950s in Hollywood, California. Its founder, George Sullivan, had previously worked as the patent counsel for the Lockheed Corporation, which is now Lockheed Martin. Eugene Stoner was the head designer during this time and was responsible for the creation of the most iconic Armalite rifles, including the AR-15.

In 1954, the company designed their first weapon: the AR-5. This was a bolt-action rifle and was developed to be a survival rifle for United States Air Force flight crews. In 1955, Armalite designed the AR-10, the precursor of the AR-15.

The Creation of the AR-15

In the late 1950s, the United States Military replaced the M1 Garand. The AR-10 had originally been in the running, but the T44 was chosen instead and became the M14. However, during the early part of the Vietnam War, the M14 performed poorly, so the military began to look for a replacement.

In 1958, Armalite submitted the AR-15, a scaled-down version of the AR-10. This was found to be more reliable than the M14, but it was again passed over.

Armalite became frustrated with the lack of the sales of the AR-15 and other models and in 1959, they sold the design to Colt. Colt made some adjustments in order to facilitate mass production and began to market the weapons. Both civilian and military versions of the firearm were available in the 1960s and in 1963 and 1964, adapted versions of the AR-15, known as M16s, began to be used by the United States Military.

In 1977, Colt’s patent expired and various other manufacturers began to make copycats of the AR-15. However, Colt continued to have a trademark on the “AR-15” name. This is why you will only see rifles officially named “AR-15” if they are manufactured by Colt. Others are considered AR-15-style rifles and cannot technically use the AR-15 name, although many people still refer to them simply as AR-15s in informal settings.

Many parts can be exchanged among various AR-15-style rifles from different brands, and each option includes different features. This makes it easy to customize for your exact goals and desires. AR-15s are also relatively simple to build, which can be a fun project and opens up even more options for customization.

At The Hub, we offer a variety of AR-15-style firearms and our experts can help you determine which would be best for you. We are happy to help you whether you are an experienced gun enthusiast or a first-time buyer.

To learn more about the AR-15-style rifles we have available, visit us today in Tucson, Lakeside, Phoenix, or online. 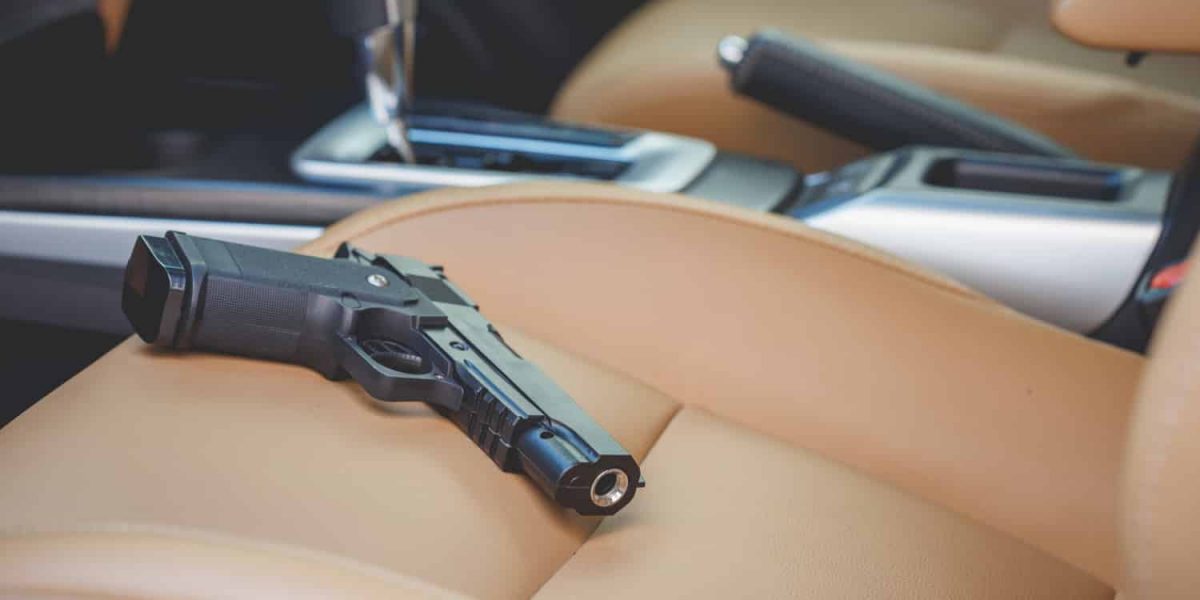 Gun ownership is both a right and a responsibility, and it’s important to take the steps to ensure only authorized individuals have access to your firearms. Having a gun safe in your home is a key element of this, but you should also have a car gun safe if you conceal carry.

Why You Might Need to Leave Your Gun in Your Car

Your first thought when debating whether you need a gun safe in your vehicle might be that you don’t need to worry about this because you always keep your gun on your person.

However, there may be circumstances when you need to make an unexpected stop at a federal facility (such as a post office, courthouse, or school) where firearms are prohibited, even for those with a concealed carry weapon (CCW) permit. Other businesses can also have signs indicating that firearms are prohibited, although enforceability may vary depending on the circumstances. (Note that we cannot give legal advice and that it is your responsibility as a gun owner to know where you can and cannot conceal carry your firearm.)

In these cases, you would need to leave your gun in your vehicle if you want to enter the building. Although you may be tempted to assume you can just avoid these places on principle, the reality is that there are many circumstances that could make it necessary to stop there at some point.

Why a Vehicle Gun Safe Is Important

Firearms are a major target for thieves and cars are vulnerable to break-ins more so than most homes. Even if you think no one saw you place your gun in the middle console or otherwise hide it in the vehicle, it’s still possible, and this opens the door for a crime of opportunity. A car gun safe, much like the variety that you keep in your home, keeps your firearms secure.

In some cases, a gun safe may also be required to travel through a certain state. Even with CCW reciprocity, you should research the laws of any states you are traveling to or through with a firearm.

How To Use A Car Gun Safe

Here are some tips for using a vehicle gun safe:

Even if your gun is in a safe, you don’t want to advertise its location by keeping that safe in plain view of anyone passing by. Instead, choose a location that is out of sight and make sure the safe is as inconspicuous as possible. This also means that you should be careful about transferring the gun to the safe and try to do this away from prying eyes as much as possible.

2. Attach the Safe To Your Car

At home, you want to keep your gun safe bolted down so criminals can’t simply walk away with it. The same is true for car gun safes. You should buy a safe that you can attach to the floor or even bolt to the frame of the car for optimum security.

If you rarely leave your gun in the car, you likely don’t need a high-tech safe. However, if you want to have your gun quickly accessible while also allowing for safe storage for long road trips or car journeys, you may want to look into more advanced safes. We are happy to discuss your options with you.

Guns and Accessories at The Hub

At The Hub, we offer a wide range of firearms and accessories, including safes for both your car and your home.

Visit us today in Phoenix, Lakeside, or Tucson, or browse our online gun shop.