If you are new to the world of firearms, the terminology can be a bit confusing at first. When buying ammunition, there are a variety of things to be aware of. The most basic is caliber, which is the diameter of the bullet and which corresponds to the diameter of your gun’s barrel. Another difference to be aware of is rimfire vs centerfire.

Before diving into the difference between rimfire and centerfire, it’s helpful to give a brief overview of how ammunition works and some key terms to know.

To start with, it’s important to know the difference between a bullet and a cartridge. Some people use these two terms interchangeably, but they are two different things. The cartridge is the entire unit that you load into your gun, whereas the bullet is the part that leaves the barrel when you fire.

The cartridge consists of four elements: the bullet, the primer, the propellant, and the casing. When you fire the gun, the pin strikes the primer of the cartridge, creating a spark that ignites the propellant. This results in a small explosion which propels the bullet forward and out of the gun.

This general process is the same regardless of the type of ammunition. What the difference is between rimfire and centerfire is the primer.

Centerfire ammunition is a few decades older than rimfire. Whereas centerfire dates back to the 1810s, rimfire was first used around 1845.

With centerfire ammunition, the firing pin strikes in the center of the bottom of the cartridge. It’s pretty easy to identify centerfire cartridges because you can see the circular primer when you look at the bottom.

Pros and Cons of Centerfire

Centerfire ammunition is more reliable than rimfire, which is why it is more common for both civilians and law enforcement. Most of these cartridges are also reloadable.

The main downside is that centerfire ammo is more expensive.

With rimfire ammunition, the firing pin strikes the rim of the cartridge. 22LR is the most common type of rimfire ammo. This type of ammunition is most commonly used for varmint hunting or plinking, since it is overall less reliable than centerfire.

Pros and Cons of Rimfire

The major benefit of rimfire is that it is cheaper, so you can shoot more of it for a lower price. Since it is limited to smaller calibers, it also has less recoil, which can be beneficial for some shooters.

Rimfire rounds are less reliable than centerfire, which makes them less ideal for self-defense. They also cannot be reloaded. Additionally, rimfire ammunition is only available in smaller calibers, so if you want a larger caliber gun, it typically won’t be an option.

Browse Guns and Ammo at The Hub

At The Hub, we have a wide selection of guns, ammunition, and accessories. Whether you prefer centerfire or rimfire, we have options for you. If you visit us in Tucson or Lakeside, you can even try out different firearms at our shooting range and you’ll get a discount on any guns you try before you buy.

Visit The Hub at any of our Arizona gun stores. 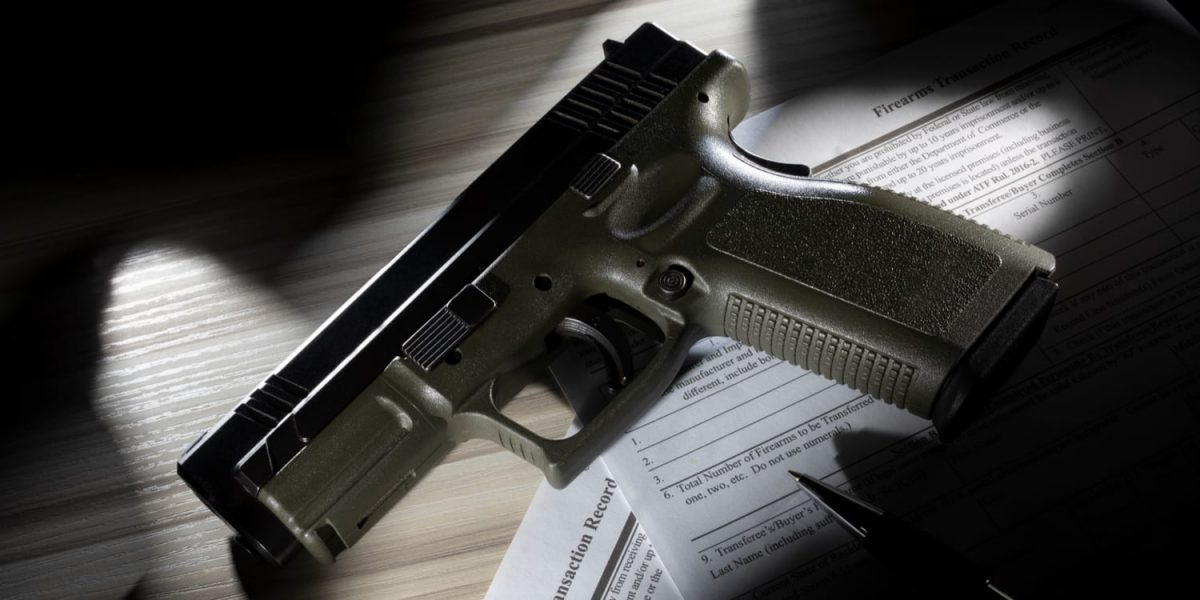 The Bureau of Alcohol, Tobacco, Firearms and Explosives (ATF) regulates the sale, transportation, and possession of firearms and other weapons. There are a variety of ATF forms that you need to fill out when purchasing different types of weapons. Items that fall under the National Firearms Act (NFA) require specific forms and you will also need to pay the tax stamp. Even non-NFA guns may require paperwork, depending on the circumstances of the purchase.

This article gives a brief overview of some of the more common ATF forms. This is for informational purposes only and does not constitute legal advice. If you have questions about these forms or any other firearms regulations, please contact an attorney.

If you’ve purchased a firearm from a licensed dealer, then you’ve filled out Form 4473 at some point. This is the most basic form for purchasing a gun. It includes questions that determine whether you can legally own a firearm and lying on this form is a federal felony.

After you fill out this form, the dealer you are purchasing from will run a background check.

There are three possible results:

These forms relate to NFA-regulated items:

You will need to complete Form 1 if you are creating an NFA-controlled weapon, such as a short-barrelled shotgun (SBS), short-barrelled rifle (SBR), or destructive device (DD). It also applies if you are modifying an existing weapon so that it fits the definitions included in the NFA.

This form is for those who do not have a Federal Firearms License (FFL).

This form is an application to make the NFA-controlled item, so you cannot have the item in your possession or start making it until you get approval from the ATF. You will need to pay a $200 tax stamp in order to create the weapon.

You can file the form as an individual, trust, or business (this last one is less common). The benefit of filing as a trust is that it is easier to allow others within your family to use the item. You should discuss your options with an expert if you aren’t sure which is best for you.

Form 2, like Form 1, is filed when creating an NFA-regulated weapon. The difference is that this form is used by FFL holders and the average citizen will never need to fill out Form 2. Instead of needing to get approval from ATF before making the weapon, an FFL holder sends Form 2 to inform the ATF that the item has been made. There are additional licensing requirements beyond simply having an FFL and these must all be met in order to manufacture NFA-controlled items.

Like Form 2, Form 3 is uncommon for the average gun owner and is instead used by dealers. It allows for the transfer of NFA-regulated items between FFL holders.

Form 4 is very similar to Form 1, but it allows you to purchase an NFA-controlled item instead of making it. This is what you will need to fill out to buy a suppressor, SBR, SBS, DD, et cetera. As with Form 1, you will need to choose whether to file as an individual, trust, or business and will need to pay the $200.

Purchase NFA-Controlled Items at The Hub

At The Hub, we specialize in items that many other gun stores don’t have. We are experts in NFA-controlled items and are happy to help you find what you are looking for.

Visit our gun stores in Tucson, Lakeside, or Phoenix today.